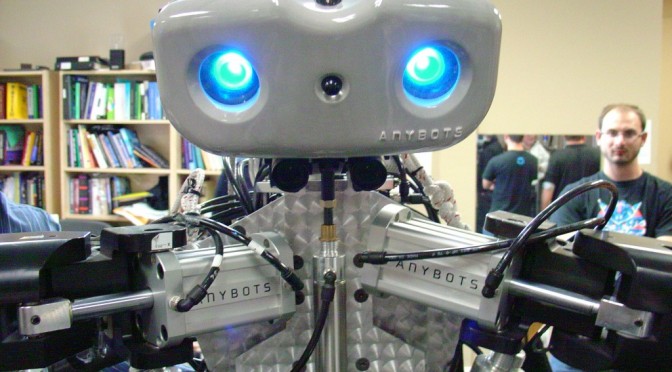 SmuttyCat is dismayed at the current chronology of events happening in the robotic world. Which of the Terminator franchise movies did developers and scientists miss? Why, oh why are they trying to end the world? While humans are oohing and ahhing over the BB-8 cutie (which SmuttyCat appaws of as a great cat toy), engineers all over the world are working on something quite different.

A little background; there are several new developments in hardware and software that are bringing us closer to Skynet and the Terminators. First, mind reading computers are now real, just check out the IFLScience site. Chip yourself at your own risk.

Next DARPA’s challenge will show many advanced, not clumsy terminator-style robots in human and animal configurations (see videos below). And now researchers have developed a robot that can seek out and TERMINATE a specific species (starfish) that are threatening the Great Barrier Reef.

Finally, a ‘mother’ robot has figured out how to evolve better children based on the success or failure of previous generations. Hmm, SmuttyCat is building a shelter. Good luck humanity.