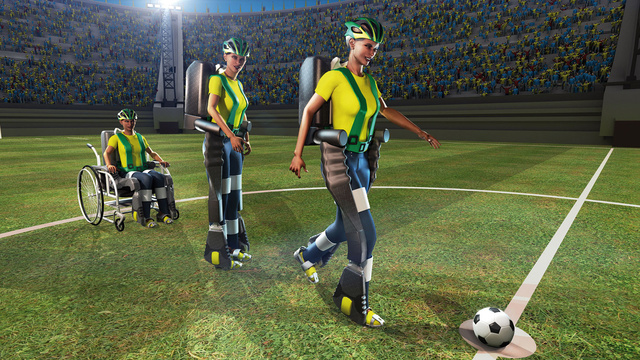 SmuttyCat has been keeping an eye on robots for a while now. Robots and felines don’t get along well because they can’t be predicted.

The latest news in the robotics world shows that SmuttyCat has been right all along, robots are trouble. First up, exoskeletons that read minds. Well, if it can read human thoughts, maybe it can control them.

Next, special muscles that are making robots extra strong and unbeatable. Unsurprisingly, Google is financing this project by purchasing the company who was spearheading the research.

Finally, a prizefight is shaping up between ATLAS and Valkyrie, two robots who are part of the DARPA robotics challenge to develop a means of exploring dangerous zones. In theory this is a great idea. But what is to prevent Skynet from turning them on humans? Hey, cats need humans until we evolve opposable thumbs.

For a short time, the new installment demo of Transformers game play is free.  Transformers: Fall of Cybertron is available to play free on XBOX and Playstation.  To whet your appetite, Smutty has provided some clips from the game below.  Great graphics, an established franchise and robots beating up robots.  What more could any game ask for?

Not for kiddies, rated T for teen with animated blood and violence.  The same thing they see on Saturday morning cartoons.

Smutty has been keeping a close eye on robots.  They may interfere with his plans to take over the world.  Smutty recently discovered that robots can now walk up stairs.  And now, Willow Garage has created a great personal use robot and the software to run it.  This robot combines great dexterity and mobility with advanced customization ability.

Smutty smells threat.  If humans get their needs met by robots, they won’t be hypotnized by their cats’ purring into following Smutty.

Fortunately for Smutty, the robot has one huge drawback; it costs $400,000.

With the last major hurdle overcome, robots can now begin their planned takeover.  Some idiot has taught them to climb stairs.  Now there’s nowhere to run.

At least we felines can still climb trees.  So, don’t go teaching them that!  Smutty already has his post picked out.  Good luck.